Champ is in need of a forever home that will allow him to run and play. He is a very sweet boy and can be very loving. He is playful and enjoys splashing around in water when it's warm out. Champ also displays very loyal tendencies towards those who show him love and compassion.

At this time, Champ is being kept at the boarding facility where I currently work. About six weeks ago, I had the pleasure of meeting Champ for the first time. I noticed that he was being kept in a crate in the back of a truck, while it was over 90 degrees outside. It was uncomfortably hot out, so I insisted on helping the owner to get him out of the back of the hot truck bed and inside the facility. As I started to care for Champ, as a kennel tech, every day for the next few weeks, I became very close to him. I learned that he came from an abusive home and was kept outside on a chain for the last four years of his life. The owner brought him in for training, to see if he could be reintegrated into her home afterwards. The previous owner described an incident with Champ, in which he bit part of her father's ear off. Come to find out, the father had picked Champ up by his neck and was choking him in the air, so Champ reacted and bit his ear. Despite this information, I decided to care for him and treat his as if he were my own. In doing so, I quickly learned that Champ was very capable of being happy, loving and loyal. He loves to give kisses and will lick your face like crazy if you let him. His previous owner decided that she was not going to proceed with his training and was scheduled to pick him up for an appointment, where he would be euthanized. I spoke with my boss, and asked if she would propose that she surrender Champ to me and I would work with him. After careful consideration and discussion, Champ was surrendered to me as the new owner. Since I have worked with Champ, I have not seen the type of aggression that was described by the previous owner, but he doesn't always do well with other dogs. I am unsure of his temperament with other pets or small children. Due to this uncertainty, he may do best in an environment where he is the only pet and no small children. He seems to be a very happy dog, since being able to run around outside in a big yard everyday, with toys, water and affection.

I truly wish that I could keep him, but I already have five dogs and two cats at home, in which two are puppies. Unfortunately, I do not have the space for him, or the ability to do a gradual introduction with each of my current fur babies, to see how he will react. He will be difficult to let go of, but I want nothing more, than to find him a new loving family that will give him a great life from here forward. I believe that Champ honestly deserves a second chance!

Dog: Primary Breed: American Pitbull Terrier
Adoption Day, when did you adopt your pet? An estimate is okay.: 27 August 2020
Birthday, estimate is okay: January 2015
Age Category: Adult
Gender: Male
Size (at full grown): Medium
Approximate Weight (at full grown, in pounds): 50
Primary Color: Tan (Mostly)
Medical Care:
Up-to-date all vaccines
Up-to-date, rabies only
Microchipped
Spayed or Neutered
Special Diet
Special Needs
Never Vetted
Unknown
Personality:
Playful
Constant Companion
High Energy
Medium Energy
Low Energy
Stubborn
Timid
Needs Training
Friendly to Strangers
Good with Other Dogs
Good with Young Children
Good with Cats
Bonded Pair
Requires A Fenced Yard
Purebred
Why are you rehoming your pet (primary reason)?: Too many pets
Rehoming reason details (if necessary): Champ was surrendered to me by his previous owner, after boarding him for 2 weeks and deciding he was not a good fit for her family.
What would you like your pet's new family to know?: Champ came from an extremely abusive home and was kept outside on a chain for the last four years of his life.
How far are you willing to travel to meet a new family?: Love Knows No Distance
How long will you be able to keep your pet before you may need to surrender him or her to a rescue?: As long as it takes
Would you consider a long distance adoption?:
Yes
No
Would you consider a foster family?:
Yes
No
Zip Code: 78132 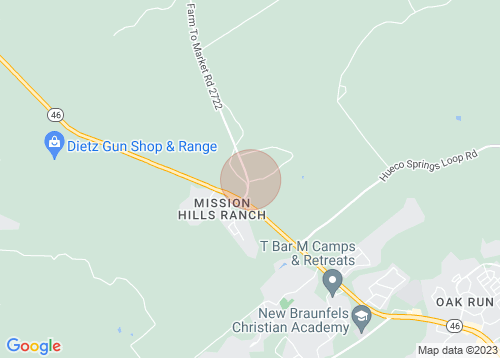