I adopted Sage, an Australian Cattle dog mix, in January 2020 from a shelter in Albuquerque, NM, and eventually moved with her to San Francisco and now San Diego. Sage had been found as a stray. She was house trained and already knew her basic commands (e.g., sit, lie down, come, lets go, touch, find it) and basic manners (e.g., no getting on furniture without permission, no chewing anything or make a mess, and no barking around the house or resource guarding). She's 6 y.o., spayed, microchipped, and up on all her shots and check-ups; during her latest vet visit this past August, the vet said Sage was in great health.

Sage has been such a terrific dog companion. She’s so affectionate, and as you can hopefully tell from her pictures, a true sweetheart. She loves napping at home and playing with her stuffed toys. She’s always excited to see me and people she knows. She can be shy and nervous around strangers at first, but once she gets comfortable with them (which takes only about ~30 seconds), she loves to get attention and affection and hang out. She loves her treats, especially dental sticks and bacon and biscuit snacks. And though she doesn’t need a ton of physical activity given her age and disposition, she loves walks; especially sniffing all the amazing things going on outside.

Because she’s a rescue, she has some manageable anxiety issues, which we’ve made progress on with some medication and training. Inside the house, it's negligible. She doesn’t like when the freezer makes loud noises, and other unexpected sounds like that; but all she really needs in this circumstance is a little affection/reassurance. Outside, she can be a bit nervous around strangers walking quickly towards her; and she’s definitely not a fan of other dogs and is reactive. It's definitely fear based. So, a home or apt with an enclosed outdoor space would be best. She lived with another dog for about a year, and they got along really well (see photo); so it’s definitely possible for her to live with another dog. It’s all about making sure the dogs are a right personality fit, and introducing them slowly. I’ve never seen her have any issues with children, though the only kids she’s consistently hung out with have been 7+ y.o.

Dog: Primary Breed: Australian Cattle Dog
Adoption Day, when did you adopt your pet? An estimate is okay.: 1/10/2021
Birthday, estimate is okay: 1/5/2015
Where did you get your pet?: Albuquerque Animal Humane
What do you feed your pet?: Hill's Science Diet Kibble
What are your pet's favorite toys and activities?: Her favorite toys are her duck and Lamb stuffed toys. She loves to nap, hang out in the backyard, and go on walks.
Age Category: Adult
Gender: Female
Size (at full grown): Medium
Approximate Weight (at full grown, in pounds): 52
Primary Color: Red/Golden/Orange
Medical Care:
Up-to-date all vaccines
Up-to-date, rabies only
Microchipped
Spayed or Neutered
Special Diet
Special Needs
Never Vetted
Unknown
Personality:
Playful
Constant Companion
High Energy
Medium Energy
Low Energy
Stubborn
Timid
Needs Training
Friendly to Strangers
Good with Other Dogs
Good with Young Children
Good with Cats
Bonded Pair
Requires A Fenced Yard
Purebred
Why are you rehoming your pet (primary reason)?: Moving
Rehoming reason details (if necessary): I'm not able to keep Sage given a change in life circumstances. I had a job fall through because of funding issues caused by the pandemic, and my new job will require me to move to the east coast next month and work long hours, fully in person. I’m so sad to have to rehome her, but I won’t be able to continue give her the attention and care she deserves. Ideally, she’d love a new owner who (a) has a bit of space, so she doesn’t feel cramped (like she did in my SF studio); and (b) can continue her training to help her amazing personality continue to shine and show her that the world is not so scary.
What would you like your pet's new family to know?: Prior experience adopting a rescue is ideal, though not necessary. What is necessary: An understanding that Sage is, while such a sweet dog, a rescue with some behavioral quirks--particularly leash reactivity toward other dogs--that will require an owner with patience and commitment.
How far are you willing to travel to meet a new family?: Love Knows No Distance
How long will you be able to keep your pet before you may need to surrender him or her to a rescue?: One month
Who is your veterinarian?: SF SPCA
Would you consider a long distance adoption?:
Yes
No
Would you consider a foster family?:
Yes
No
Zip Code: 92103 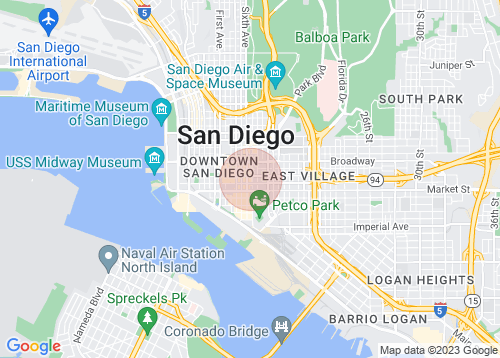