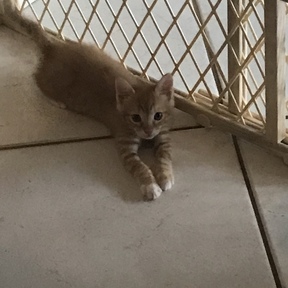 My name is Cindy - my sister found this adorable orange and white male tabby about 2 weeks ago- We have been calling him Whiskey. He was by himself but appeared to have been well cared for and fed- I did bring him to the vet. He is healthy and is negative for all feline diseases( HIV, leukemia). He was given his first round of shots on October 8. The vet thinks he is approximately 6-7 weeks old.

We can’t keep him as we travel a lot and have a 8 year old female tabby who is very angry that he is here. 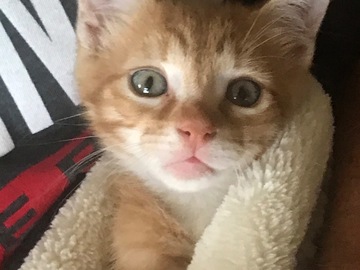